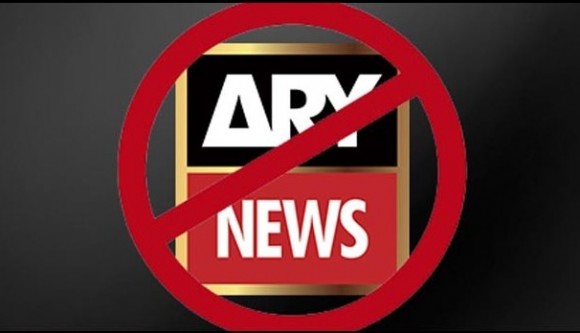 ISLAMABAD: The Islamabad High Court (IHC) has issued the verdict with regard to registering of the First Information Report (FIR) against private TV channel ARY for blasphemy against Ahle Bait.

The court directed the SHO Margalla Police Station to lodge an FIR against the private channel.It merits mentioning here that District Bar Islamabad President, Advocate Kayani and Rao Abdur Raheem had challenged the verdict of the Justice of Peace Islamabad in the IHC. The verdict asked for the cancellation of the petition that advocated for rejecting a case against the private TV channel for committing blasphemy. The Justice of Peace had said in its verdict that presenting a ‘Manqabat’ in a TV programme was not a cognisable crime.

On the other side, admitting to hear a petition against Geo TV, it was observed that prima facie, the cognisable crime had been committed. The petitioners held before the court that giving different observations on two petitions of one and the same kind was incorrect. If details of the petition carried the impression of a cognisable crime, the Justice of Peace did not have the prerogative of conducting the probe before issuing the directives for registering the case. That is why the observation that presentation of a ‘Manqabat’ in a programme was not a cognisable crime, transgressed the limits.

IHC Chief Justice Muhammad Anwar Kaasi, in the verdict, gave a reference of a case having the title, Muhammad Bashir (PLD 2007 SC 539) in which it was stated that according to the Section 22-A(6) of the Penal Code, the Justice of Peace had got the prerogative to analyse that the information presented came under the category of a cognisable crime or not, and if cognisable crime was applicable, directives should be issued for registering an FIR.

The probe into validity of the information or its correction does not come under the jurisdiction of the Justice of Peace.The court has said in its judgment that the allegations levelled by the petitioners, in prima facie, fall under the category of cognisable crime, therefore, the SHO Margalla Police Station is being directed to ensure implementation under Section 154 of the Penal Code.