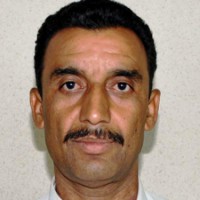 KARACHI, May 18: No progress is still seen in the murder case of slain journalist Razzaq Gul, a district correspondent of Express News TV channel from Turbat, Balochistan province of Pakistan, as the police have badly failed to apprehend any assailant despite lapse of five years.

According to Turbat police, Gul’s murder case has been registered, but they could not arrest any accused yet.

“The killers of my brother are scot free, but we have been awaiting justice since long time as no progress is seen yet,” said dejected Aalam Gul, the brother of Razzaq, while talking to Pakistan Press Foundation (PPF).

Deputy Commissioner Turbat Sher Jan said that one year after Gul’s killing, the victim family had received Rs 0.4 million compensation from his office, but no accused could be arrested so far.

According to his close friends, Gul had been covering local politics news for 10 years and was the General Secretary of Turbat Press Club. He went missing near his home on May 18, 2012 and his bullet-riddled body was found on May 19, 2012 near SinganiSar area and old Civil Hospital in Turbat.

Gul was shot 15 bullets on his chest and head with brutal torture marks on his body. Law enforcement agencies shifted his body to the hospital for an autopsy, where the victim was identified by his brother.

His brother told media that Gul had left home in the evening of 18th May without informing his family members, but when he did not return home, the family started search for his whereabouts. The victim family believes that Gul was abducted near his home located in Turbat city.

Turbat police had registered First Information Report (FIR) No. 43/2012 against unknown assailants, but they could still not identify or arrest any perpetrator.

Pakistan Federal Union of Journalists’ Senior Vice President Saleem Shahid told PPF that several media persons, including journalists, had been killed in Balochistan province due to unstable security conditions, but no one had been punished yet.

He further said that FIRs had been registered against unidentified accused in the murder cases of media persons, but in few cases, Police and the families of victims did not register cases.

According to a PPF research, 14 media persons had been killed in the line of duty in Balochistan since 2008 as the province is plagued with militancy, insurgency and terrorism.