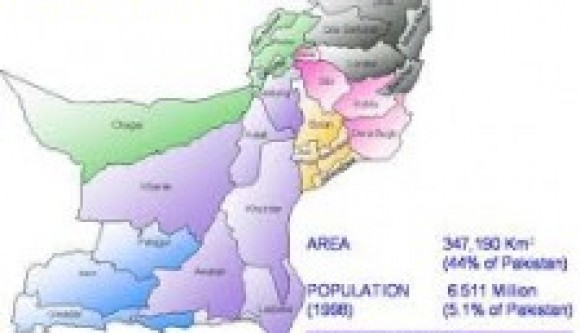 In Balochistan, journalists are susceptible to danger because of their honest and brave reporting in the restive province. Moreover, there are many journalists who have quit performing their journalistic duties. This is the reason freedom of expression has worsened in Balochistan.

Mahmood Ahmed Afridi, the correspondent at Daily Intekhab newspaper was gunned down in Kalat, Balochistan. He also used to interview Kalat-based representatives on social and economic issues.

In recent weeks, Saifur Rehman Baloch (senior reporter at Samaa TV), Imran Sheikh (camera man at Samaa TV) and Iqbal Hussain (a computer operator in NNI news agency) were killed in the line of duty on Alamdar Road, Quetta, Balochistan. Besides them, three more journalists, Abdul Ahad Baloch and Rehmat Ullah Abid, who hailed from Panjgur district of Balochistan, Pakistan, and Abdul Haq Baloch, from the volatile city Khuzdar, were shot to death brutally by unidentified assailants. Both districts’ journalists’ killings terrified their other colleagues to close the press clubs. Also, many journalists have sustained injuries in the same districts.

Unfortunately, the Balochistan’s hapless journalists seem to be unprotected even after their colleagues’ killings. That is why they themselves resort to demonstration before press clubs for their own protection. So, in this way, how can voice be raised for other persecuted people of Balochistan?

However, Balochistan, despite being the mineral-rich province of Pakistan, abounds with numerous problems. Ironically, the issue of the killings of Balochistan’s journalists is neither being paid heed to internationally nor nationally. This is the reason journalistic problems as well as their targeted killings are continuously increasing. Balochistan, as compared to the other provinces of Pakistan, is not well-developed. There are a great number of problems. However, as far as the land mass of Balochistan is concerned, it makes 43 percent of Pakistan and if we exclude FATA, Balochistan makes half the total land mass. But, unfortunately, it is entirely ignored and forgotten in media and national newspapers.

Undoubtedly, local journalists of Balochistan have been enunciating or writing in local newspapers about the negligence of the national media regarding the Balochistan issue.

As we know, journalists are responsible for reaching the truth, but, of course, in Balochistan, the messengers of truth and those who are performing their duties with bravery are being systematically and brutally killed. Therefore, nearly 30 journalists have been reportedly killed and many more have sustained injuries in the recent past. The United Nations has time and again condemned the killing of journalists in Balochistan.

At least, five Baloch journalists namely Muhammad Khan Sasoli, Wasi Qurashi, Abdul Haq Baloch, Munir Shakir and Faiz Sasoli, have been killed in Khuzdar. That is why Khuzdar and its contiguous areas have transformed into a somewhat ‘no-go area’ for reporters.

Two year ago, Razaque Gul Baloch, who belonged to Turbat district, was reporting for a private TV channel; he was kidnapped and shot dead soon after his disappearance. The Balochistan Union of Journalists and Baloch journalists from Makran protested and took out a rally against the brutal killing of Gul, but the provincial government, surprisingly, did not condemn his killing. On the International Day of Journalists, many programmes are held in media, but the killing of journalists from Balochistan is hardly discussed. Journalist Saleem Shehzad’s killing had been condemned throughout the country, as it should have been discussed and condemned, but the killing of many journalists of Balochistan should have also come under discussion at national and international level.

As a matter of fact, there are three zones in Balochistan where journalists face hardships while performing their duties. Those are: the former Kalat state, Kohlu and Dera Bugti, especially in Nasirabad, which borders with Sindh. At these places due to strong tribal customs journalists are unable to perform their duty honestly. A typical example is the killing of three girls in Nasirabad district, and local journalists were threatened not to report about the incident, and thus the tragic event did not receive any attention.

It is also undeniable that journalists in rural areas of Balochistan are not well educated, thus to get jobs and other incentives from affluent parties, they quit writing or reporting against them. Besides those three zones, there is also the Makran division, consisting of Turbat, Panjgur and Gwadar. It is apparent that the level of literacy is high in Makran, and it has produced a plethora of talented people, like intellectuals, poets, journalists, etc. One of them is Attah Shahd, from Makran; his interesting and beautiful poems are still reverberating in the hearts of the people of Balochistan. As I remember other prominent personalities of the Makran division, Ghani Parvaaz was another writer, journalist and intellectual who deserves a tribute.

Since 1947 and to date, in Makran, there are no Sardars or Nawabs. People are prodigiously enlightened; and they have an aversion to Sardari and Nawabi system. Confidently, enlightened people of the Makran flatly deny the claim of government hat Sardars or Nawabs are obstacles to the progress of the Balochistan, because Sardari or Nawabi system does not exist in Makran at all. Then why has Makran not progressed?

Makran, after Quetta, is the only place where local newspapers are published; there are also press clubs in Turbat, Panjgur and Gwadar. Consecutively, for few years, situation in Makran is not very good due to the conflict of the Gwadar port, and journalists are given threats by security forces to not report about the situation.

In Balochistan along with Baloch journalists, some of the Pashtun belt are also facing problems due to lack of resources. Feudal and tribal system are rampant in the Pashtun belt, creating hurdles for the local journalists. That is why freedom of press is not possible there.

Wali Khan Babar, the reporter of Geo TV, was shot to death in Karachi allegedly by the extortionists of Karachi’s largest party. He hailed from Zhob, a Pashtun district of Balochistan. Yet the murderers of Babar have not yet been apprehended by police.

Pashtun places are in proximity to the provincial capital Quetta; therefore, many Pashtun journalists publish their newspapers from Quetta. They also send their newspapers to the Pashtun belt of Balochistan.

Keeping the above journalistic problems into consideration, it is imperative for government to resolve them as soon as possible, and also to endeavour to stop targeted killings of Balochistan’s journalists. If not resolved, the situation in the province will go out of control.

The writer is a columnist at Daily Balochistan Express, Quetta and blogs a thttp://www.akbarnotezai.wordpress.com. He can be reached at akbarnotezai@yahoo.com and on twitter @Akbar_notezai


About the author: PPF Editor