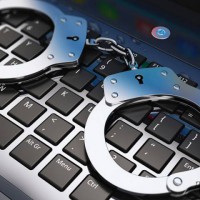 LAHORE: A judicial magistrate on Monday dismissed a bail petition of a man involved in uploading objectionable material on the social media against former federal minister Firdous Ashiq Awan.

The investigating officer told the coun that the suspect tarnished the image of the former minister by posting objectionable photos and material on social media. He said material and record of the suspects` social media accounts proved the charges.

The suspect`s counsel argued that the case against his client was politically motivated. He said the complainant was not the affected party in the case. He asked the court to release the petitioner on bail.