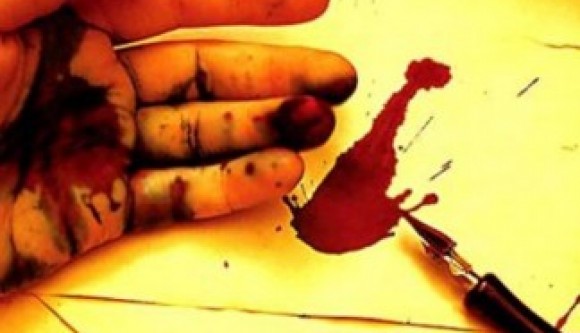 Karachi: Killers are roaming the streets of Karachi. They murder with impunity. Each unpunished death makes them stronger.

A case in point is the attack on Hamid Mir, senior anchorman and journalist at Geo News.

His attack has left the journalist community shattered, for he was respected for his views and news.

The media are no longer free; they are operating under constant threat of gun and bomb attacks, as is visible with the security arrangements each media house has made outside their offices.

The Committee to Protect Journalists (CPJ) states that 54 journalists – including Wali Khan Babar, Daniel Pearl and Saleem Shahzad – have been murdered in the country since 1992. Seven journalists were killed in 2012 alone, making Pakistan the world’s third deadliest country.

The CPJ’s 2014 Global Impunity Index ranks Pakistan ninth in the list of countries around the world where an attack on a journalist may go unpunished.

Twenty two cases of attacks on journalists are currently pending in the courts.

The present year has probably been the most dangerous for journalists.

On New Year’s Eve, Shan Dahar, Larkana bureau chief for a television channel, was gunned down.

In January, three employees of a media group were killed in a gun attack on their digital satellite news gathering van parked outside the Board of Secondary Education Karachi.

On March 29, Raza Rumi, editor of a weekly newspaper and anchorman for a media group, was attacked in Lahore while he was being driven; his driver lost his life in the incident.

Following the attack, Rumi wrote in a column: “I am now at a safe location, unable to move out and have been told that my case is exceptional with six men – most armed – had attempted to eliminate me and they failed. And that the security agencies can only protect me if I remain locked up in a ‘safe’ location.”

According to independent journalist unions, six media workers have been killed in targeted attacks since January, while over a dozen have already received death threats, including three anchorpersons.

The situation is far more alarming and threatening than it has been realised. The risk factor for the media has increased as conflict escalates.

“Today the country is caught in the midst of many conflicts – including terrorism, sectarianism, separatist movements, violence among underworld mafias.

“Journalists report these stories from the conflict zones without having any training or even understanding of the danger,” said Mazhar Abbas, general secretary of the Pakistan Federal Union of Journalists.

He said that this was the time for media houses to demonstrate unity and fight for the right of freedom of expression.

Until that happens, truth will continue to be sacrificed as armed men roam the streets and attack with impunity.l