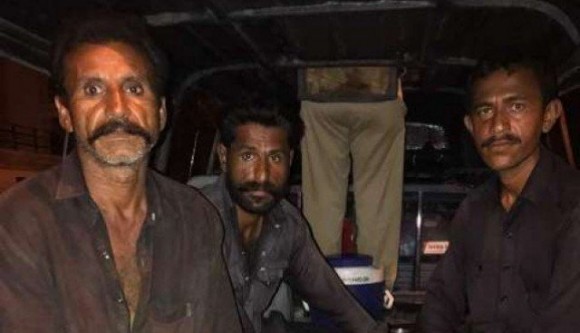 The Defence police presented Majnon, Ghulam Shabbir and Altaf Hussain before the District South judicial magistrate and sought their remand.

Investigation officer Ali Raza Hashmi told the judge that the suspects were arrested in a raid at the house of Pakistan Muslim League – Functional (PML-F) leader Pir Yasir Shah. Seven to eight suspects are still on the run, Hashmi said.

Ashraf was allegedly assaulted by the private guards of the PML-F leader when his convoy was travelling on Korangi Road at around 7pm on Saturday.

According to Ashraf, he, along with his colleague photojournalist Athar Khan, was heading to the office pillion riding a motorcycle when the rashly driven vehicles in Shah’s convoy tried to overtake all other motorists in front of National Medical Centre.

Many motorists narrowly escaped being hit by the escort vehicles as they kept pushing everyone aside to secure Shah, who was driving the vehicle himself.

When other motorists tried to argue, the guards started threatening the public and one pointed a gun at Ashraf while another two guards started beating him with batons.

The judge has summoned the complainant to court today (Tuesday).