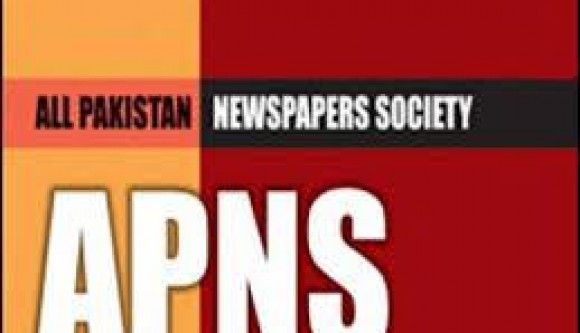 KARACHI: The All Pakistan Newspapers Society (APNS) strongly condemned the continued acts of vandalism, harassment and intimidation unleashed against a particular and targeted media house, stated a press release issued on Sunday.

The APNS noted with concern that in the wee hours of Sunday morning, some hooligans attacked, abused and brutally tortured Zafar Aheer, Editor Daily Jang Multan. This heinous act was continuation of series of acts meted out to browbeat the Jang Group, including looting and burning of vehicles containing bundles of newspapers and harassment of the employees of Jang Group in different parts of the country.

It is surprising as well as regretful that no action was initiated against the culprits by law enforcers which encouraged such elements to perpetuate their crimes. The APNS considers such acts aimed at to arm twisting and curbing the press freedom.

The APNS called upon the democratic forces and the civil society that it is high time to come forward for inculcating democratic norms and tolerance in the society and demand the federal and provincial governments to check this trend and bring the culprits to book.