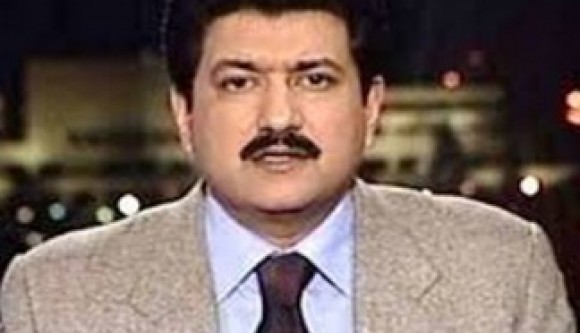 LONDON: Amnesty International has revealed that Hamid Mir had on two occasions told the human rights organisation that he believed his life was under threat from different actors, including from the spooks and the Pakistani Taliban.

Amnesty International’s Maya Pastakia told The News: “Both of these groups (the Taliban and agents of spy agencies) have been implicated in abuses against journalists like abductions, torture and killings.” She said that Amnesty International was appalled by the attack on Hamid Mir and “wishes him a speedy recovery”.

She said: “The attempt on his life is emblematic of the threats faced by journalists in Pakistan, especially those working on sensitive national security issues or speaking out about human rights violations. However, it is important to note that we do not know who is responsible for the attack on Hamid Mir. The Pakistani authorities must carry out an independent, thorough and transparent investigation and ensure that those responsible are brought to justice in fair trials without recourse to the death penalty regardless of their affiliations to any state institution, political party or any other group.”

She said it was an unfortunate reality that journalists in Pakistan lived with the constant threat of harassment, violence and even killings, making it one of the most dangerous countries in the world for media workers. She said that the Amnesty was deeply alarmed by the range and frequency of threats, intimidation, torture and killings of journalists – carried out with virtual impunity.

“AI has documented 32 targeted killings of journalists as a direct consequence of their reporting since 2008. Seven of those have occurred since the new government of Nawaz Sharif came to power. The attacks have a chilling effect on freedom of expression, with many journalists afraid of covering topics that cross a ‘red line’ that would leave them at risk of violence. The climate of fear has meant that many media outlets increasingly self-censor.”

She said that the Pakistani media community was under siege from all sides and in all corners of the country. Maya Pastakia said a range of state and non-state actors used violence and threats to silence negative coverage, including intelligence services, political parties, state security forces, and armed groups like the Taliban.

She called on the Government of Pakistan to ensure that those involved in the attack on Hamid Mir are brought to justice. “Investigations into attacks against journalists have rarely brought perpetrators to justice. It is an appalling indictment on the part of successive governments that only in two cases of journalist killings only a handful of people been prosecuted in the last two decades. The government must show political will. All suspected perpetrators must be tried before the courts, regardless of whether they are linked to powerful actors like the military, police or intelligence officials, armed groups or political parties.

“Media enterprises, whether Pakistani or international, must play their role in protecting journalists. They are liable under national law if they fail in their ‘duty of care’ to minimise and mitigate risks that journalists face in their duties. All journalists working on behalf of the enterprise, whether in capacity of staff, contractor or stringer should receive sufficient training, protections and resources to ensure their safety.”