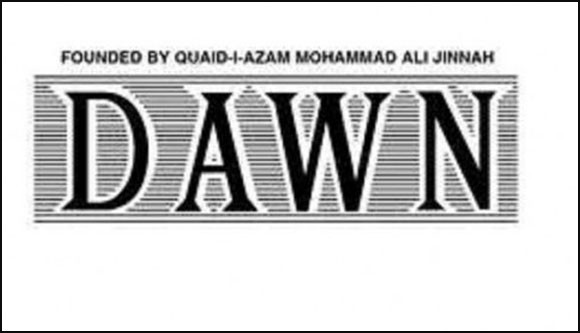 ISLAMABAD: The Senate Standing Committee on Information and Broadcasting expressed concern on Monday over a growing trend among private channels to telecast Turkish soaps, expressing fears that the local mini-screen entertainment industry would go the way of its big-screen sister.

A meeting of the committee, held at the Parliament House, noted that contents of these programmes were contrary to Pakistani culture and norms.

When members of the committee criticised the Pakistan Electronic Media Regulatory Authority (Pemra) for its failure to control the “free for all”, its chairman Abdul Jabbar said stay orders by different courts had tied their hands down.

“We are literally insulted in courts, especially in the apex court, for taking action against programmes or entertainment channels,” he said, adding: “Whenever we issue notices to these channels for airing of any immoral content, they file a contempt application against us.”

The meeting, presided over by Senator Kamil Ali Agha, was held to discuss issues relating to monitoring of foreign contents on private television channels. Dr Saeeda Iqbal, a member of the committee, raised the issue of Turkish and Spanish soaps being aired by a local channel.

“When you have stopped Indian entertainment programmes from being aired in Pakistan, why the regulator is not acting against programmes from other countries,” Senator Saeeda wondered. “Have you seen the theme and odd dressed in these programmes.”

The Pemra chairman said the regulator had taken note of the Turkish and Spanish programmes and issued notices to the channel concerned, but after a final shutdown notice was issued, the channel obtained a stay order from a court in Sindh.

Information Secretary Chaudhry Rasheed informed the meeting that the local advertising industry had suffered badly because of an open policy of sponsors and a bulk of advertisements featuring foreign models were being made abroad. “Now a similar situation can be expected for the entertainment industry,” he added.

The meeting was informed that under the law, channels were allowed 10 per cent foreign contents, which included six per cent Indian and four per cent other countries.

“But the main problem is that a number of TV channels are airing foreign programmes during prime time,” PTV Managing Director Yousuf Beg Mirza said, adding: “At the same time there is a very strict policy for PTV for airing foreign content and as a result revenues are shifting to private channels.”