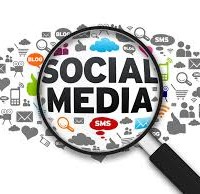 LAHORE: The Federal Investigation Agency (FIA) arrested an activist in the first case in its campaign to crack down on social media users criticising the country’s armed forces on different digital platforms.

The FIA’s cybercrime wing arrested Adnan Afzal Qureshi in the Defence Housing Authority on Tuesday and charged him under Sections 20 and 24 of the Prevention of Electronic Crimes Act (harming the reputation of a person and cyber stalking), and Sections 419 and 500 of the Pakistan Penal Code (impersonation and defamation).

“We arrested the activist for [posting] a series of anti-military tweets and running a Facebook page containing such content. The suspect used abusive language against some military personnel and political leaders. We are interrogating him to know whether he is part of a group that has launched an anti-military campaign or whether he is doing it on his own,” FIA investigator Rizwan Arshad told Dawn.

To a question about further arrests in this regard, he said: “We have identified more suspects and will take them into custody in the coming days,” he said.

Earlier, the FIA had interrogated over a dozen people suspected of running an anti-military campaign. They were released after the FIA could not establish anything serious against them. “This is the first FIR in a crackdown on the anti-military campaign on social media networks,” Mr Arshad said.

The crackdown was launched two weeks ago on the orders of Interior Minister Chaudhry Nisar Ali Khan, who took notice of criticism against the armed forces following a tweet by the Inter-Services Public Relations rejecting a government notification in connection with a story published in Dawn. Since then, forensic teams of the FIA’s cybercrime wing have been combing Facebook accounts, various WhatsApp groups, blogs and websites suspected of carrying such material.

Major opposition parties have vowed to resist the attempt to place curbs on social media.