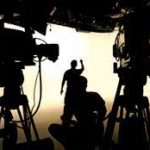 PESHAWAR: The proscribed Tehreek-i-Taliban Pakistan (TTP) has issued a stark warning to national me­dia and journalists, asking them to refrain from calling them a “terrorist outfit” or they will be treated as enemies. In a statement apparently released by the TTP on social media on Monday, its spokesman Mohammad Khurasani reportedly said they were monitoring […]