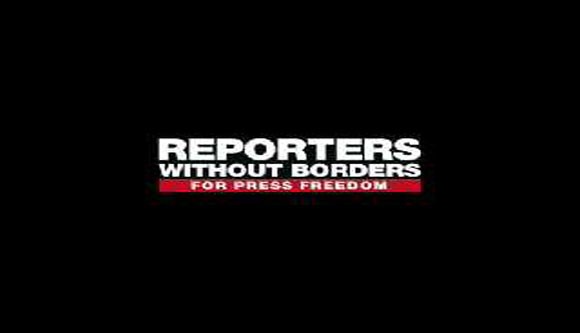 The press is caught in a vice between the Taliban which has stepped up its attacks and the security forces who continue in their old ways of harassing journalists. The country has scores of privately owned television and radio stations, putting it on the path of an information revolution comparable to that experienced by India about ten years ago. The media is increasingly belligerent in its coverage of political and socio-economic problems, despite the huge risks.

The Taliban offensive and the political upheavals shaking the country have led to ever harsher repercussions for journalists. More journalists have been killed so far in Pakistan in 2009 than in any other country. There has been an upsurge in attacks on the media and press clubs in the tribal areas, but also in Balochistan and sometimes in the big cities.

Though the 1973 Constitution guarantees press freedom, the law still contains a number of articles allowing journalists to be sentenced to prison terms for offences including “defamation”, “immorality” and insulting Islam or the sovereignty of the country. Even though no journalist is currently in prison for this reason, it is not unusual for reporters to be “questioned” for several hours by the secret services.

President Asif Ali Zardari, who heads a government loyal to the Pakistan People’s Party (PPP), has put an end to the policy of harassment and systematic censorship of General Pervez Musharraf. But when faced with political tension, the authorities always have the same reflex of resorting to censorship. They deemed it necessary in March 2009 to block television news channels Geo News and Aaj while they were covering demonstrations by lawyers.

Authorities in Islamabad have abolished some draconian edicts inherited from Pervez Musharraf, but they have not, for example, given its independence to the broadcast media regulatory authority.

Journalists have been forced into self-censorship in the Swat valley where the government agreed to the application of Sharia law demanded by the Taliban in exchange for a halt to the fighting there. They have fallen victim to the terror sown by the Taliban through their illegal FM radios. It was in this valley that journalist Mosa Khankhel was brutally murdered in 2009, while he was actually covering the peace agreement.

The very few journalists in the tribal areas are at the mercy of the Taliban who try to get them to report favourably on their “Jihad”, while the army and local authorities react badly to any news reports suggesting failings in the “war against terror”. Scores of journalists in the district of Bajaur, caught between a rock and a hard place, have fled the war. Those who remain are threatened. One journalist threatened with death through a fatwa pronounced on him said, “I cannot leave my home for fear of being kidnapped or killed. I am living cut off from the world.” Tracts have been circulating in the Waziristan tribal area threatening to kill those who work for foreign media.

The international press is kept away from these border areas infested with Jihadists and gangsters. Indian journalists are not always welcome in Pakistan, as evidenced by ill-treatment meted out by soldiers in plain clothes to a team from NewsX in Lahore in February 2009.

The Pakistan army, particularly the secret services secrets (ISI and Military Intelligence) threatens journalists who report on abuse of authority and on disappearances, particularly those of hundreds of Balochistanis that occurred under the Pervez Musharraf regime. It is difficult to investigate safely in Balochistan, Pakistani Kashmir and the tribal areas. Baloch journalist Javid Lehri was held and tortured by military police, while Baloch businessman Munir Mengal was secretly detained for nearly two years by military intelligence for trying to set up the satellite television channel Baloch Voice.

The situation is deteriorating in Balochistan where Islamist groups and sometimes the security forces target supporters of the Baloch cause like Jan Muhammad Dashti, editor of the daily Asaap, published in Quetta, who escaped a murder attempt at the start of 2009. His newspaper is denied all government advertising.

There has been total impunity in cases of murder of physical assault on journalists. No assailant has faced any police questioning for at least the past four years. The authorities have refused to release the results of an investigation carried out by a judge into the kidnapping and murder in the tribal areas of photographer Hayatullah Khan.

The Pakistan Federal Union of Journalists (PFUJ) regularly condemns the appalling salaries and conditions of journalists, which can undermine their independence.

As news websites grow in popularity and influence, the government makes use of a harsh law to punish “crimes” committed online, particularly the posting of content that is hostile to it. It blocks some opposition websites and in particular those involving the Baloch community.