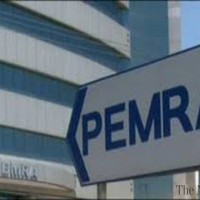 ISLAMABAD: The top court has sought a reply from the federal government and Pemra over unlicensed radio stations allegedly run by a wing of the military.

Senior lawyer Asma Jahangir Wednesday told a two-judge bench of the apex court, headed by Justice Ejaz Afzal Khan, that she had submitted an application about her claim in accordance with a court order of June 15.

Jahangir, who is representing senior journalist Rashid Rehman in the case, claimed that the Inter Services Public Relations (ISPR) is running two radio channels on frequencies FM 89.04 and FM 96 without licences. She added that Pakistan Electronic Media Regulatory Authority has not granted these channels licences even though ISPR approached the regulator for it on June 18, 2010.

Justice Gulzar Ahmed asked what objections she had about these stations. Jahangir replied that the main purpose of the case was to ensure public money is not misused.