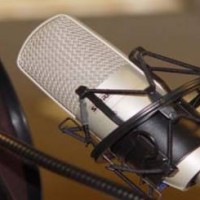 ISLAMBAD: The Supreme Court, hearing a miscellaneous petition seeking details of the number of FM radio stations run by the ISPR and their funding, on Wednesday issued notices to the attorney general and Pemra.

The court asked them to submit a reply and adjourned further hearing of the matter for an indefinite period.

She argued that there were currently three centres – Ministry of Information, private sector and the military’s ISPR – for controlling the media in the country. The transmission of FM 0.489 and FM 00.96, directly controlled by the ISPR, was available in 55 cities of the country without any licence, she added.

Requesting the court about provision of all the related details, Asma stressed that no one knew about their source of funding.Pemra Chairman Absar Alam presented a report on the 10 per cent time reserved for airing programmes and messages meant to create public awareness.

Sharing the details of steps taken in this regard, he said the report contained the details of public awareness programmes and messages aired by all TV channels. He informed the court that better utilisation of the allocated time was being ensured and notices had been issued to TV channels to air public welfare messages.

However, Justice Gulzar described the report as unsatisfactory and said there were details of the usage of 10 percent time. The court should be informed how much time had been used to air programmes and messages for public awareness, he directed.

Justice Gulzar remarked that Pemra should execute its responsibilities and why all the issues were left for the court for implementation.Requesting for more time, Deputy Attorney Amir Rehman said it had been directed on the previous hearing to submit a written reply on three applications, including the one filed by the Press Association of Supreme Court, but the response could not be prepared so far.

Justice Ejaz asked why the Federation had not submitted a reply on the Press Association of Pakistan’s application which was related to the rights of media workers. The federal government was using delaying tactics in important cases and the court could issue any appropriate orders because of not submitting a timely reply, he added.Later, the court, while accepting the plea for granting more time, adjourned further hearing for an indefinite period.