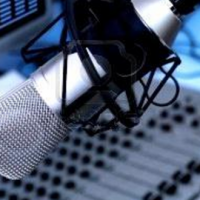 Speaking on the occasion, the MPA said that radio Peshawar played a vital role in shaping the ideas of people and rendered invaluable social, literary and cultural contributions.

Laiqzada Laiq, regional director, Radio Pakistan, presented a paper tracing out history of radio Peshawar. He said that since its inception on March 6, 1935, radio Peshawar had been serving people through different programmes.

He said that radio Peshawar had been relaying various shows in Pashto, Hindko, Chitrali and Persian languages.

Khial Mohammad while recalling his fond memories said that he had aired his maiden song on radio Peshawar in 1958 and received Rs15 as remuneration.

He said that his first and last identity was radio Peshawar, which had given him widespread popularity.

“I have served Pashto music for over four decades. Despite media revolution, radio still charms ears of millions. Radio Peshawar has produced large number of artists, singers and writers. I hope, radio Peshawar keeps up its journey through air waves,” the legendary vocalist prayed.

Ms Zia said that radio was still a powerful mass media and had already become voice of millions of people. She said that provincial government always kept promotion of artists and literati as a top priority.

She distributed cash prizes among the artistes and pledged that she would take up problems of artists and singers with chief minister.

Popular folk singer of the yore days Gul Meena Bibi said that she had launched her singing career from radio Peshawar in her early teens. She said that radio Peshawar had given voice to issues of people.

She said that women artists could not perform live but radio Peshawar made it possible for them to sing out their hearts and minds through microphone.

Almas Khalil, another senior folk singer, while sharing his views, said that radio Peshawar had in fact given recognition to local artists, singers and writers.

He said that radio had served as nursery for new art-aspirants. Local art and culture gained a new status after radio came to that region, he added.

Raees Gul Bacha, 75, a resident of Swabi and staunch proponent of radio, said whether music, education, health and numerous other social, cultural and political issues, people still believed in the voice of radio. He said that radio was the only source of entertainment and information when he was a young boy.

“Radio was a great sensation, youth would learn many things from radio. I still cherish radio and came here to attend the anniversary,” said the elderly man.

Qazi Mohammad Khamis, a senior artist, in his speech said that radio was still relevant and could play its role to inform and reform people at a large scale. He said that radio had served people and promoted their cause.

“TV can change but radio can mould us in the most effective manner. Voice stands for life,” he said.