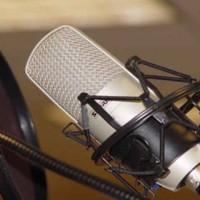 A REPORT in this newspaper a few days ago brought to light a story that is heartbreaking for all those who believe in institutions and the power of communication. The venerable institution of Azad Kashmir Radio Muzaffarabad, once the recipient of near-unanimous praise for the quality of its programming and with a listenership that extended well beyond Azad Jammu & Kashmir, has been allowed to fall into a sad state. The station once represented the voice of Kashmiris struggling for freedom and constituted a challenge in terms of narrative dominance for radio stations in Srinagar and Jammu in India-held Kashmir. But for years now, the AKRM has been lurching from crisis to crises. Damage to infrastructure during the devastating Oct 8, 2005 earthquake meant that from 2005 to 2014, a skeleton staff ran transmissions from tents and shelters; even now, the administrative and news sections operate from similar makeshift workspaces. The transmitters — those that still work — are rundown FM machines that get very little reception. So dire are the circumstances that the daily transmission is suspended during load-shedding hours, since the generator is not powerful enough to sustain it.

If this is a giant brought down low, the overall picture is even more depressing. Radio Pakistan, once an institution of beauty for its contribution to literature, poetry and music, is in many ways in similar straits and has become more or less irrelevant. In an age of digital media, FM stations and burgeoning electronic media, it has been unable to carve out an identity or role for itself. This is a sad waste of resources, given that the station and its vast network of medium-wave transmitters have impressive — indeed enviable — reach into the hinterland beyond the urban areas. It can be employed to the people’s great benefit through concentrating on public service programming, given that it is a public entity with no need to compete with more commercial operations. Revival ought to start with the AKRM, but extend to revamping Radio Pakistan as a whole.