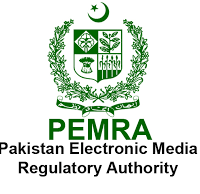 He was talking to media persons here on the occasion of bidding process for auction of FM licences for 67 cities.

He said operation against illegal Indian Direct to Home television was continuing successfully and raids are being conducted throughout the country. He said that PEMRA teams have taken the equipment into custody of different cable operators who were airing Indian content.

The PEMRA had completely banned airing of Indian content and illegal DTH across the country.

No bids were received for Barkhan and Chaghai FM channels. The two-day bidding process for auction of FM licenses for 67 cities will continue tomorrow and licences for 33 more channels will be auctioned.