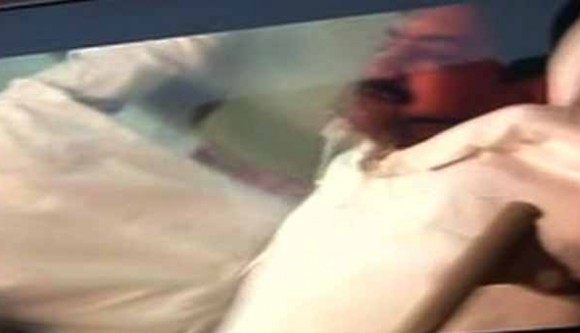 Pakistan Coalition on Media Safety (PCOMS) has condemned in strongest terms the attack on Hamid Mir, founding member of PCOMS and anchor of Geo News’s Capitol Talk, one of Pakistan’s most popular television talk show.

Hamid Mir had arrived in Karachi from his home in Islamabad and was on way to Geo office when he was fired at near the airport and sustained three bullet injuries, including in his stomach and leg. This is the second attack on Mir, who has been receiving threats by different groups of Taliban as well as intelligence agencies.

The statement by PCOMS said it is very troubling that the assailants knowledge of the travel plans of Mir and were able to shot him in broad daylight and make good their escape without being challenged by police or security agencies of federal and provincial governments.

Even more serious are statements on Geo Television that Hamid Mir had told his family, employers, government officials and army officials that some officials of Pakistan’s Inter Service Intelligence (ISI), including ISI’s chief Lt. Gen Zaheerul Islam had prepared a plan to eliminate him.

A statement issued by PCOMS said the attack on Hamid Mir demonstrated once again government’s callous disregard for the safety of journalists.

PCOMS asked the government to inform the people of Pakistan of the steps that had been taken to ensure the safety of a senior journalist who had informed those in authority of the nature of imminent threats that he faced.

PCOMS, which is an initiave of stakeholders in Pakistan under the umbrella of UN action plan on safety of journalists and impunity issues, called on Prime Minister Nawaz Sharif to ensure a credible and independent inquiry into this yet another brazen attack on senior and respected journalist, so that those responsible are held to account.