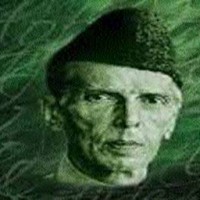 ISLAMABAD: The 139th birth anniversary of Father of the Nation Quaid-e-Azam Muhammad Ali Jinnah was celebrated throughout the country on Friday with full national spirit and enthusiasm.

The day dawned with special prayers in mosques for the Quaid and prosperity and development of Pakistan. It was a public holiday and national flag was hoisted at all public and private buildings.

People from various walks of life visited the Mausoleum of the Quaid in Karachi to pay homage to the great leader.

Various organisations including academic and other institutions organised programmes to mark the day.

Newspapers published special supplements while electronic media channels including state owned television and radio aired special programmes on the occasion highlighting various aspects of the Quaid’s life and his struggle for the creation of Pakistan.

Panel discussions, special dramas, broadcast of Quaid’s voice besides impressions of people from different walks of life about the personality and achievements of the Founder of Pakistan Muhammad Ali Jinnah were also aired.

Meanwhile, Pakistan National Council of the Arts (PNCA) also screened the movie Jinnah featuring on the life of Quaid-e-Azam Muhammad Ali Jinnah as part of the week being celebrated in connection with his birth anniversary. The film also features the life of other

freedom movement leaders including the historical moments of making of Pakistan.

A smartly turned out contingent of Gentlemen Cadets from the Pakistan Military Academy (PMA) Kakul mounted ceremonial guard at the Quaid’s Mausoleum.

Muhammad Ali Jinnah was born on December 25, 1876 in Karachi. He was a lawyer, politician and the founder of Pakistan.

He received his early education at Karachi. After that he went to England for further studies. In 1896, Jinnah qualified for the Bar and in 1897 he was called to the Bar. It was due to his struggle that despite stiff opposition from the Hindu Congress and the British government, the Muslims of subcontinent managed to get their own homeland on August 14, 1947.

Jinnah was a man of principles. He was probably the only person among all the big leaders of the world, who never went to jail. He was the first Governor General of Pakistan.

His motto was “Unity, Faith and Discipline”. His vision for Pakistan was a democratic and impregnable welfare state where people could live with love, fraternity and harmony.

The Quaid also desired that every citizen should have equal opportunities of education, health, progress and justice.

Quaid died at the age of 71 on September 11, 1948 just over a year after Pakistan gained independence from the British rule. He left a deep and respected legacy in Pakistan.