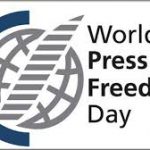 As the UN’s World Press Freedom Day is marked today, the state of the media around the world remains under threat. Since 1992, according to the Committee to Protect Journalists, around 1340 journalists have been killed. In Pakistan the security situation for media professionals has remained perilous with at least 72 killed from 2002 to 2018. Just a few days ago, Malik Amanullah Khan, the chairman of the Parowa Press Club in Dera Ismail Khan District was shot dead. Others have been targeted in similar fashion, with 48 of those killed since 2002 believed to be the victims of deliberate attacks on them. There has also been an increase in threats made to journalists. These come from criminal gangs, mafias of various kinds, political groups and state agencies. Professionals report more coercion and pressure than ever before and as a result there has been an increase in self-censorship, with many media houses restricting the information they give out to citizens. This of course violates the basis of free expression, the main human right that World Press Freedom Day is intended to mark. In addition, economic pressures are also affecting media houses in the country while the question of ethical reporting, over both social and mainstream media, has come into increasing discussion at many forums.

Despite these pressures, there are media persons who continue their efforts to tell the truth as objectively and directly as is possible. A prominent Pakistani journalist won the International Press Institute Media Freedom Award, announced late last month, for his efforts in this respect. There are many others who strive to give the public access to information regardless of the hurdles they face. The failure of the government to offer adequate protection to journalists has added to these dangers; reporters, photographers and TV cameramen, often on the front line when dangerous situations emerge, are particularly at risk. Journalists and bloggers also state they have faced campaigns of harassment and direct efforts to silence their voices. From within newsrooms reports of restrictions continue to come in as has happened in the past. The prime minister of Pakistan has said that the media plays an important role in society. We hope he and his government can back these words by improving the environment for journalists, ensuring free access to information for all citizens and helping working journalists perform their duties without putting their lives at risk. In the current environment, tenure of employment also adds to the problems they face in bringing facts before their readers or viewers. In the years ahead we must hope things can improve and Pakistan can live up to its commitment to abide by the clauses of the Universal Declaration of Human Rights which protects fundamental rights including that to free expression.