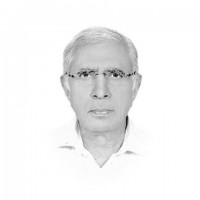 No story is worth your life. Still, as Kati Marton of the Committee to Protect Journalists (CPJ) who visited Pakistan last week said in her latest blog “CPJ finds hope for press freedom in Pakistan” “… at least 46 journalists have been killed, 24 of them murdered for the ‘crime’ of covering intelligence services, the Taliban, separatists in Balochistan, or the criminal underworld. The result is a legacy of self-censorship and fear among the Pakistan press; critical stories go unreported.”

Also, there are many aspects of a story that can land a journalist in fatal trouble today. A wrong headline, one single factual error, a truth too close to home, rushing into the cross-fire or a riot with your camera and laptop, getting too close to a scene of a first bomb blast, too intrusive for one or the other side or taking up a social cause not popular among armed hordes of the un-socials.

In recent years, successive governments have failed miserably in helping media persons avert life threats while performing their professional duties. Six of those found guilty in Wali Khan Babar’s murder are behind bars, but others involved and those who had a hand in the killing of numerous witnesses and policemen investigating the case are still out there stalking other victims. And the two deadly attacks on Express group’s Karachi offices and the third one that killed three of the group’s employees (publicly owned by the TTP) in the same city are still floundering in the realm of the unknown.

One only hopes that the two promises Prime Minister Nawaz Sharif made last week to the CPJ delegation that called on him, one of reversing the earlier decision of the government not to extend the visa of The New York Times correspondent Declan Walsh and the other to bring up the issue of attacks on media in the peace talks with the TTP, would not remain just that — promises. And one also hopes that the government would soon fulfil its oft-repeated promise of lifting the ban on YouTube.

The market-driven media houses seem to have gone one up on the government in their apathy towards the safety and security of media workers. All that they seem to be concerned about is to be first to break the news even if it means risking the lives of those staffers in the field or at the desk. They seem to be totally oblivious to the fact that media in Pakistan is operating in a war zone today and, therefore, needs to adopt new rules to avert attacks similar to the ones that the Express group has suffered over the past few months.

What can professional media persons do under these circumstances? Just sit tight and do nothing, fearing bloody reprisals from state and non-state actors?

The media community was, however, shaken out of its scared indifference when journalist Saleem Shahzad was murdered in Islamabad on May 30, 2011. The media community led by the Pakistan Federal Union of Journalists (PFUJ) demanded a judicial enquiry into the killing. In response, a judicial commission was constituted but its findings have remained inconclusive while its recommendations were ignored by the authorities concerned.

The case did attract the attention of many international organisations and a window of opportunity opened up in the country when the UN Plan of Action on the Safety of Journalists and the Issue of Impunity was announced around this time. This brought most of the country’s media stakeholders together. A working group on media safety protocol was formed.

The group nicknamed Pakistan Coalition on Media Safety led by Owais Aslam Ali of the Pakistan Press Foundation in collaboration with former PFUJ secretary general Mazhar Abbas, Adnan Rehmat of Civic Action Resources, Phyza Jameel of Unesco and a number of other senior media persons have drafted a comprehensive lists of dos and don’ts for the safety and security of media professionals. It would be very much in the interest of all stakeholders if representatives of media houses, media professionals and the government sit together and go through these lists with a fine tooth comb, finalise them and adopt them for implementation through proper legislation.