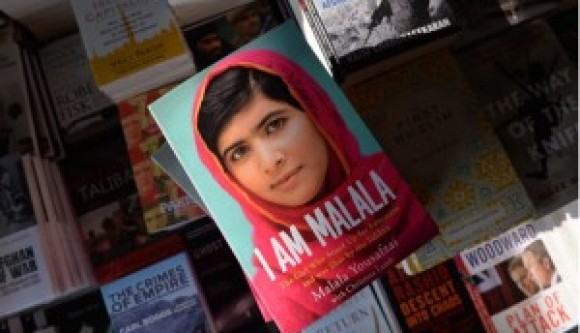 The government had stopped the launch of ‘I am Malala’ the Malala book<.b> in Peshawar two and half months ago in the wake of the outlawed Tehreek-i-Taliban Pakistan’s threat of attacks against bookshops selling the book.

“We’d reached the relevant people in Pakistan Tehreek-i-Insaf government for permission to launch the book, but to no avail. PTI chairman Imran Khan had tweeted he was at a loss to understand why the book’s launch had been stopped in Peshawar. However, the PTI government in the province isn’t ready to allow us to launch the book,” Khadim Hussain, director at the Bacha Khan Education Foundation, told Dawn on Tuesday.

The Malala book was slated to be launched at the Area Study Centre of the University of Peshawar in January but stopped.

“We have been in contact with University of Peshawar, Abdul Wali Khan University and private universities to hold the launching ceremony on their premises. However, their response is painfully slow,” he said.

According to him, Malala is unfearing.

“We need to arrange the launch and benefit from Malala’s worldwide recognition as an education and human rights campaigner. The people are getting Malala scholarships, so why our girls and boys should not get their right,” he said.

Malala shot by the Taliban in her hometown, Swat, in October 2012 had challenged militants and therefore, became a symbol of courage for young generation.

Mr Hussain said Malala needed respect and acknowledgement at home but the provincial government was opposed to her Malala book launch fearing the Taliban’s attacks.

“We are asking the government and universities to allow us to launch the book on their campuses,” he said.

Sources at University of Peshawar say the government is not allowing the event to take place.

They quoted a senior leader of the provincial government as saying first glorifying Malala was not allowed in universities, which were a place of learning, and second, Malala was not ‘our heroine’ after all.

The Area Study Centre of the university was slated to host the event.

Since then, the organisers’ efforts to hold the event on campus have failed.

The sources said nobody was responding to the requests to hold the function as both bureaucrats and varsities’ vice chancellors didn’t want to anger the provincial government by doing so.

Mr Hussain said he was awaiting government’s response to several requests for hosting the launch.

“We will hold the launching ceremony at all costs,” he said.

A provincial minister, who wished not to be named, said the government couldn’t put the universities at risk by allowing the launch of Malala book.

“Militants can target universities if we continue to showcase their enemy, Malala, as a champion. Therefore, we don’t want to create such a situation,” he said.

The minister said the event should take place in places other than universities.

He said the launch of Malala book was ‘purely a political issue’ and should be tackled as such.

“We know the Taliban are not happy with her (Malala’s) popularity, so they could target her supporters,” he said.

The minister said it had been conveyed to the organisers that a university wasn’t a proper place for such events and that they should hold events, which could benefit students.

“The organisers shouldn’t draw political gains at the cost of education,” he said.