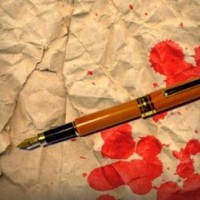 LAHORE: While the autopsy report of Maria Golovnina, the Pakistan and Afghanistan Bureau chief for foreign news wire “Reuters,” strengthens the common belief that this terrorism-hit country has been a dangerous working place for foreign bureau chiefs, research shows that it has been equally unsafe for their local counterparts, a good number of whom have also died unnaturally in the line of duty.

On February 1, 2002 or some 13 years before Maria’s sad and unnatural demise, the globally-acclaimed Daniel Pearl, the South Asia Bureau Chief of the American newspaper “The Wall Street Journal,” was kidnapped and murdered in Pakistan too.

Here follow the names of some of the local bureau chiefs killed in Pakistan in recent times:On August 28, 2014, Irshad Mastoi, the bureau chief of “Online News” distribution agency was murdered in Quetta along with his two colleagues.

Mohammad Ismail, the Islamabad bureau chief for the “Pakistan Press International” was murdered in November 2006. His body was found near his home in Islamabad with his head completely smashed with a hard blunt object.

Faisal Qureshi, the Lahore Bureau Chief of the “London Post” was cruelly murdered in Lahore during October 2011.Syed Saleem Shahzad, the Pakistan Bureau Chief of “Asia Times Online” and Italian news agency “Adnkronos” was killed ruthlessly in May 2011.

A research conducted by the “Jang Group/Geo Television Network” reveals that professional journalists heading reputed media outlets have been killed at least since March 1914, when Henriette Caillaux (1874-1943), the second wife of a French Prime Minister Joseph Caillaux (1863-1944) had fatally shot Gaston Calmette (1858-1914), the Editor of the country’s leading newspaper “Le Figaro,” which had sold 56,000 copies in 1866 at its launch and had the highest circulation of any national newspaper of the time.

Henriette Caillaux had believed that Editor Calmette would further publish private letters that would demonstrate that Premier Joseph Caillaux and she had intimate relationships whilst he was still married to his first wife.

During her trial, Madame Caillaux said she made the decision to protect her beloved husband by sacrificing herself.At 5 pm on March 16, 1914, she had entered offices of “Le Figaro,” wearing a fur coat— in which she was hiding a pistol.

The killer lady had fired six shots, critically wounding editor Calmette, who had succumbed to his wounds just six hours later.Henriette Caillaux had made no attempt to escape and newspaper workers in adjoining offices quickly summoned a doctor and the police. She had insisted on being driven to the police station by her chauffeur in her own car, which was still parked outside. The police agreed to this and she was formally charged upon reaching the headquarters.

However, on July 28, 1914, a strong belief that women were not as strong emotionally as men had resulted in her acquittal by a local Paris court.(References/sources: Kershaw Alister’s book “Murder in France” and Edward Berenson’s book “The Trial of Madame Caillaux”)

Meanwhile, the offices of top newspapers have been attacked since October 1, 1910, when “The Los Angeles Times” building in Los Angeles city (California) was bombed, resulting in the killing of 21 newspaper employees.

Quite recently in January 2015, Stephane Charbonnier, the editor of the French satirical magazine “Charlie Hebdo,” was killed along with his 11 colleagues in a Paris shootout.

In 2003, Michael Thomas Kelly, a magazine editor for US media outlets “The New Republic,” the “National Journal” and “The Atlantic” was the first US journalist to be killed while covering the invasion of Iraq.

He had also worked for “The New York Times,” a columnist for “The Washington Post” and “The New Yorker.”Top television anchors too have borne the brunt of investigating what they “should not” have!

For example, in November 1965, a New York journalist and popular game show panelist Dorothy Kilgallen was mysteriously killed in the United States.By 1950, Dorothy’s column was running in 146 papers, and had garnered a whopping 20 million readers!

Each broadcast of her weekly TV show “What’s My Line?” was seen by 25 million viewers for 15 years in a row.This show would feature a celebrity guest, for whom the panelists were blindfolded. She was reportedly investigating into the November 1963 murder of US President John Fitzgerald Kennedy.

Just days before her mysterious demise, she had confided to her cameraman that she was all excited about going to New Orleans to meet a source whom she did not know, but would recognize.The CIA had 53 field offices around the world watching her on her foreign travels. During her autopsy, a pink liquid was found in her stomach but was never analyzed.