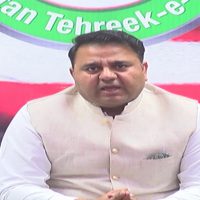 Talking to a delegation of journalists here, the minister said all possible steps would be taken to protect journalists’ rights and to solve their problems.

He said the Pakistan Tehreek-e-Insaf (PTI) government was with media workers and considered them as the country’s precious asset. The delegation briefed the minister about the problems being faced by media persons.