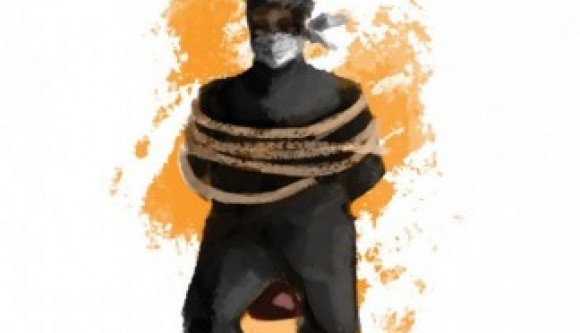 KARACHI: “Stop the sit-in in front of the SSP office. Otherwise we will kill the journalist.”

This was the last message from the dacoits allegedly holding journalist Hakim Abro captive to the journalists of Ghotki district, who have set up a camp for the release of their colleague. For the last three months, journalists and civil society activists have been protesting for Hakim’s release.

Hakim, a journalist with channel Dharti TV, was reportedly kidnapped after filing reports against a feudal lord and dacoits in the area. “Earlier, he had been warned not to report against the feudal lord who was harbouring the dacoits,” said a journalist, Shahid Abro. “He is now facing the consequences for not complying.”

According to Shahid, one of the feudal lords of Sundrani tribe, Ehsan Sundrani, used to organise bull-racing in his area and invite gangs of dacoits and criminals. He added that the dacoits used to engage in aerial firing, killing some people and creating terror in the area. “Despite the warning, it was Hakim’s last report for his channel, which irked these criminals who then kidnapped him on the way to his village.”

The local reporters have protested and approached influential people, but to no avail. “With the help of Karachi Union of Journalists, we protested during the Sindh Assembly session too,” said Wazir Ahmed Mahar, the president of Daharki Press Club.

“The chief minister and information minister took notice of the issue, but the police are not taking the matter seriously. Instead of securing Hakim’s release, the police are pressuring us to pay ransom to the dacoits, for which they are willing to act as mediator.”

Mahar added that a group of journalists also approached the Karachi corps commander and provided call records, revealing that Sundrani’s son Naveed was coordinating with the dacoits, to the police with the help of the Citizens Police Liaison Committee (CPLC).

“At first, Ghotki SSP Saqib Sultan assured us that our colleague will be released within eight hours,” he said. “He later extended the deadline to a week and has been giving us lame excuses since then.”

Allah Warayo Bozdar, another journalist from the area, said that the case had been transferred to Khairpur SSP Nasir Aftab. He had arrested Naveed, who promised him that Hakim would be released within three days. However, this did not happen as the government transferred the officer and ordered Naveed’s release.

Sukkur DIG Kamran Afzal said that the Ghotki police are working on this case and the journalist would be released soon. Meanwhile, SSP Sultan, who is now dealing with the case again, said that they had arrested a few suspects and would resolve the matter very soon. “This is a very complicated case, which is why we don’t want to share details,” he said.

Meanwhile, Sundari, whose family heads the tribe, claimed that the allegations against them were unfounded. “We are law-abiding citizens. We have nothing to do with the kidnapping of the journalist.”