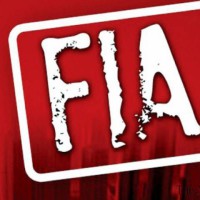 LAHORE: The Federal Investigation Agency (FIA) on Wednesday obtained a two-day physical remand of an activist arrested for allegedly criticising the armed forces on social media.

“We have got a two-day physical remand of Adnan Afzal Qureshi from a magistrate to interrogate him,” FIA cybercrime wing Lahore Inspector Rizwan Arshad told Dawn.

Qureshi was arrested on Tuesday at the Defence Housing Authority and booked under sections 20 and 24 of the Prevention of Electronic Crimes Act (harming the reputation of a person and cyber stalking), and sections 419 and 500 of the Pakistan Penal Code (impersonation and defamation).

According to the FIA, this was the first case registered against a social media activist for allegedly maligning the armed forces. The suspect, the agency claimed, posted a series of anti-military tweets and ran a Facebook page containing such content.

As the FIA declared him a Pakistan Tehreek-i-Insaf (PTI) activist, the party denied that Qureshi was associated with it.

“He quit supporting PTI in 2009. He is a social media activist, but not linked to PTI in any form,” PTI social media Director Operations Dr Arslan Khalid stated.

Meanwhile, Digital Rights Foundation head Nighat Dad told Dawn: “No section in prevention of cybercrime law confers powers on the FIA to criminalise speech which is against any institution, including armed forces. Sections 20 and 24 of the law deal with individuals and not institutions. Only Section 37 talks about online content against armed forces, integrity of Islam and national security, which can be taken down by the Pakistan Telecommunication Authority, but does not allow criminalising internet users.”

Ms Dad further said the PPC sections 419 and 500 had been incorporated in the first information report only to strengthen the case.

Earlier, the FIA had interrogated over a dozen people suspected of running an anti-military campaign. They were released after the FIA could not establish anything serious against them.

The crackdown was launched two weeks ago on the orders of Interior Minister Chaudhry Nisar Ali Khan, who took notice of criticism against the armed forces following a tweet by the Inter-Services Public Relations rejecting a government notification in connection with a story published in Dawn.