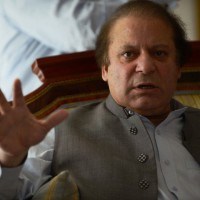 The government and the Army may have settled the ‘Dawn leaks’ issue but it continues to generate an unsavoury controversy in political circles and on the social media. The Opposition parties are well within their rights in demanding to know full facts of the ‘settlement’, but others have felt free to violate the law of the land to post jokes and comments on social media platforms, ridiculing the armed forces for having stepped back from the standoff. That has prompted Interior Minister Chaudhry Nisar Ali Khan to intervene in a manner that can create unnecessary problems. Ordering the Federal Investigation Agency (FIA) to take action against those involved, he referred to the constitutional guidelines on freedom of expression to declare “unwarranted criticism” of the armed forces and other institutions responsible for the nation’s defence will not be permitted. And that “no citizen can be allowed to be involved in a campaign that tarnishes the reputation and respect of the armed forces.”

Indeed, as per Article 19 of the Constitution, defaming or bringing into ridicule the armed forces or the judiciary is a cognizable offence. But many will cringe at the minister’s use of the phrase ‘unwarranted criticism’ since what may or may not be ‘unwarranted’ is a matter of interpretation. The policing method adopted by the interior ministry can easily lead to suppression of sane voices of dissent as well as impingement on fundamental rights of the people guaranteed by the Constitution. Chaudhry Nisar also mentioned the involvement of “vested interests” in the defamatory drive. It is quite possible that some of the elements with ‘vested interests’ are outside the country and hence out of FIA’s reach. The government therefore needs to avoid taking the easy route, and look for a better answer to uphold the law without undermining free speech.

It is a challenging task as it calls for a solution via the middle entity, namely the social media service providers. The Western social media companies, of course, refuse to screen offensive content. Again, ‘offensive’ is a relative term, having different meanings for different societies. There have been instances where such innocuous material has been blocked out as a Pulitzer prize winning photo, posted last year on the Facebook by a Norwegian newspaper editor, that showed Vietnamese children, a small nude girl among them, running away from a napalm bomb attack during the US war against Vietnam. He was sent a notice to either “remove or pixelize” the picture, saying that any photographs of nude people will be removed. In that case, though, sceptics might want to argue that the removal had less to do with the nudity issue and more with the US looking in a bad light. Facebook has also been accused of holding back news emanating from conservative media outlets from featuring in its Trending topics. None of this, however, is an argument for more censorship, only that a way needs to be found to prevent governments from responding to situations, such as the present one, with suppressive measures. Together with other countries having similar problems, Pakistan should push for keeping the content out that is violative of their respective laws.